by 3WE
I may post this there as there are interesting and lively “discussions” at various trainphoto and traindisaster fora.

This was in flyover- dump truck vs. train and 4 did died.

Some argue that the no-gate or light crossing + 90 MPH trains was a known accident waiting to happen.

Obviously, the dump truck driver was doing some cowboy improvisation…but I can also imagine him being used to 40 MPH freight trains.

Then the railroad people say the railroad was there first, and (legal precedent) it’s the highway department’s job to put up crossing lights and gates.

I’m sure Evanie would have lots of procedural suggestions, TeeVee saying yes that is legal precedent, and Boeing Bobby citing that trains crash a lot more than airliners, but conversely don’t make quite the smoking holes and lower % of did diededness.

And, yes, Not_Karl, numerous bannings are in order.

Of course you could eliminate most navigational and some other issues by putting the craft on rails for its entire journey:

Indeed, but as long as they're Not_banned they will keep on crashing: 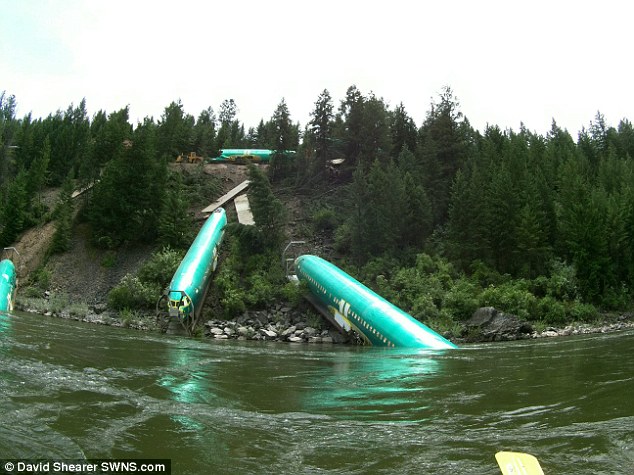 Yes but technically in such cases it's the rail cars that crash, and the aeroplanie bits just happen to be sitting on top of or within them.

Ok... We all know of the dangers of flying, cheap-composites and bicycles... And this guy makes a flying cheap-composite bicycle?!?! BAN HIM!!
All times are UTC
Page 3 of 3
Powered by phpBB® Forum Software © phpBB Limited
https://www.phpbb.com/